History  of  This  Car 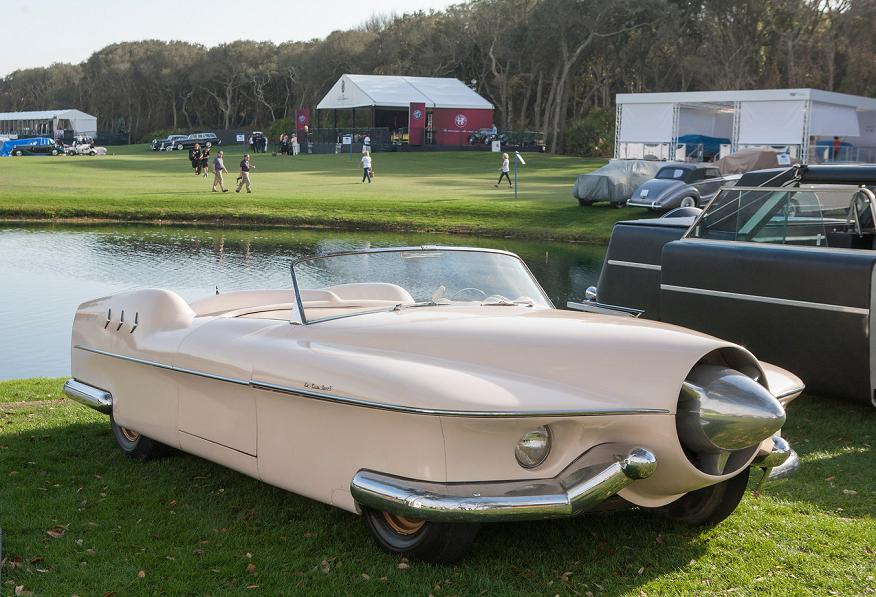 In 1953, Glenn Hire and Vernon Antoine debuted their space age inspired concept car – the Manta Ray – in Los Angeles, California. Both men worked in the jet aircraft division of the North American Aviation Company and wanted to incorporate the swift flowing lines of a jet fighter plane into their car’s styling.

Soon after the debut of their car, Bob Yeakel purchased it and began working with Glenn and Vernon to offer the Manta Ray to the public as a limited production car. A feature article appeared in the February, 1954 issue of Rod and Custom magazine written by Dean Moon who owned “Moon Equipment.”

The Manta Ray also appeared on the cover of Motor Trend in July, 1953 and other magazines such as Motor World, Mechanix Illustrated and Popular Science. The showing of the Manta Ray at the 2016 Amelia Island Concours d’Elegance marks the first time in over 60 years it has appeared in public. This car is the only one produced.

Unseen For More Than 60 Years:
The One-Off Manta Ray Will Once Again Return To The Spotlight
Daniel Strohl: February 8, 2016